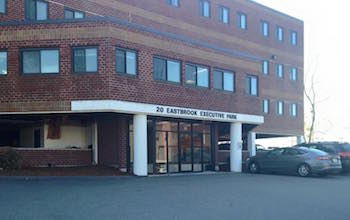 Attorney DelSignore has an office located less than a mile from Dedham District Court at 20 Eastbrook Rd #304 Dedham, MA 02026. Call now to chedule your free consultation at 781-686-5924

What should you expect for an OUI charge out of Dedham District Court? This page was designed to help you understand what the trial will consist of and how evidence will be presented in court.

A trial on an OUI charge will consist of the following key components:

Dedham District Court is located at 631 High Street, in the center of Dedham. The district court, which is where your OUI charge will be heard, is located near the superior court, post office and City Hall.

Where do you Park when you appear at Dedham District Court?

The Dedham District Court hears criminal cases against defendants also in the surrounding areas, including:

Want to learn more about potential defenses to your case?
RECENT DEDHAM DISTRICT COURT WINClient charged with First Offense OUI, after being stopped for speeding and committing two marked lane violations. The Officer said client was unsteady on his feet, had bloodshot eyes and slurred speech. Defendant had admitted to drinking 6 beers and failed the 2 field sobriety tests. During cross examination, the offi- cer acknowledged that the defendant did many things correct on the field tests. The Defendant was found not guilty in Dedham District Court of OUI and Negligent Operation of a Motor Vehicle. READ MORE RESULTS...
Recommended Pages

Call Attorney DelSignore at (781) 686-5924 to schedule an appointment or to hear more case results from Dedham District Court.