Most people assume gun crimes always involve violence. The reality, however, is that many people facing gun charges are good people caught up in confusing legalities. Police frequently arrest gun enthusiasts, collectors, and hunters after they unintentionally break one of Dedham’s several gun laws. Fortunately, a Dedham gun lawyer could help those facing gun offenses defend themselves and move on with their life.

Common defenses in cases involving possession of a firearm include: 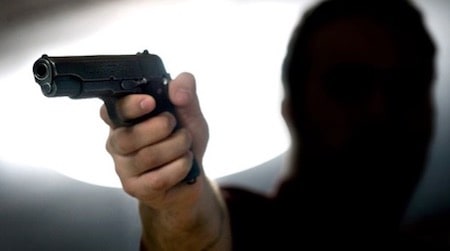 Though it is easy to be unnerved in the face of these mandatory sentences, there are multiple potential defenses a person could use. Some gun charges rest on illegal search and seizure by police. By thoroughly investigating the events that led to an arrest, a DelSignore gun attorney could determine whether the police upheld the constitutional rights of the individual charged.

The legal definition of a gun can also be put into question. By partnering with ballistics experts, an experienced firearm defense attorney could conclude whether the gun in question meets the legal definition of a firearm. The defense can even investigate whether a gun was technically in someone’s possession at the time of the arrest. Technicalities like this may be enough to allow for an acquittal or at least mitigate the potential penalties.

Massachusetts law includes several mandatory minimum sentences associated with gun crimes. For instance, someone possessing an illegal gun outside their home could face a year in prison. Regardless of extenuating circumstances, this minimum sentence is mandatory.

Those committing a crime while in possession of a gun could also see jail time. Even if they do not use—or even draw—a gun during the crime, if police find a firearm on a person after a crime, they may face even stiffer sentencing. Mandatory sentences also often eliminate the chance for a person to negotiate a plea bargain.

Attorney DelSignore defends individuals charged with possession of a gun, firearm or other weapons, throughout Massachusetts and will meet with you immediately to discuss your case and provide you with a free consultation.