DelSignore Law is open during the COVID-19 crisis to serve our clients and to help those charged with an OUI, criminal offense or other legal issue. We can meet with our clients, over the phone or with video chat during this emergency. We are here to help you. Please call or text at (781) 686-5924

Being charged with a crime can be a traumatic experience and can often lead to decisions that may make the situation worse or hamper your eventual defense. For this reason, it is important to understand the basics of criminal law in Worcester and your basic legal rights in this type of situation—as well as the potential importance of retaining qualified legal assistance.

Having a Worcester criminal lawyer by your side could help ensure that all your rights are protected and avoid inadvertently jeopardizing your reputation and your freedom. An accomplished criminal defense attorney could also help guarantee that you have an opportunity to provide potentially exonerating information and defend yourself in court.

Having a lawyer that understands the Worcester District Court is important, as it ensures the best outcome possible for your case.

At all levels of law enforcement—federal, state, or local—crimes are categorized as either misdemeanors or felonies. Relatively minor incidents such as speeding tickets can be charged as infractions or violations, but those are generally not classified as criminal acts unless there is some additional factor involved. For example, driving through a red light would usually be charged as a simple violation of traffic law, but may be considered a crime if the driver was impaired or drunk at the time. 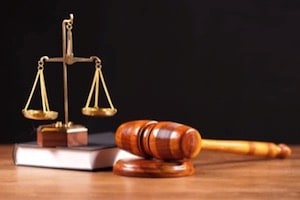 The law in Worcester defines misdemeanors as relatively minor criminal offenses that are not punishable by incarceration in federal or state prison. They can, however, carry a sentence in a county or local jail for up to a maximum of one year, as well as monetary fines and probationary sentences. Some examples of crimes often charged as misdemeanors include simple assault, disorderly conduct, larceny/shoplifting, operating under the influence, resisting arrest, and trespassing.

Felonies are serious criminal offenses that are punishable by incarceration in federal or state prison and steep fines. Although Massachusetts eliminated the death penalty in 1984, it may still be invoked in federal cases that are prosecuted there.

Some examples of felonies include assault and battery with a dangerous weapon, child endangerment, possession of child pornography, kidnapping, sexual assault, and vehicular homicide. In some cases, repeated misdemeanor offenses may be charged as felonies as well.

Once a Worcester resident is charged with a crime, there are a limited number of ways in which the matter can be resolved. For misdemeanor cases, it is sometimes possible to get the charges dismissed at a hearing with the clerk magistrate. These hearings only happen when alleged criminal behavior was not witnessed by a police officer.

Defendants sometimes agree to plead guilty to a lesser charge and forego a trial in return for a reduction in punishment. The reduction may be from felony charges to misdemeanor charges, from multiple charges to one charge, or from a more severe charge to a less severe charge.

Finally, defendants in Worcester always have the right to a trial by a jury of their peers. Such trials, however, can be expensive and time-consuming, and typically involve a high level of uncertainty. A qualified Worcester criminal lawyer could work to streamline and simplify the court process in pursuit of a positive outcome.

Value of a Worcester Criminal Attorney

If you face charges for any type of crime, time is often of the essence. Waiting to see what happens next—or to see if the prosecutor will offer you a deal—is rarely a wise choice.

You may need advice and guidance every step of the way when you are facing criminal charges, a Worcester criminal lawyer with experience and expertise could provide all of that and more. Call our office today to speak with a seasoned attorney and get qualified legal representation in your case.

You can learn more about the Massachusetts criminal court process and read some of our client reviews today.

Download a FREE copy
DUI Defense
Criminal Defense
Personal Injury and Accidents
Client Reviews
★★★★★
Michael was very professional and explained the process clearly and told us to be patient. After one year the charges got dismissed in the trial. Excellent knowledge of the court systems in the area of Boston. Would highly recommend him Ashwani
★★★★★
A careless decision on my part left me facing charges which would have severely hampered my ability to stay employed and support myself. But attorney DelSignore's skillful analysis and challenging of the evidence against me resulted in a conviction on a lesser charge. Now I'll be able to go on with my life, having learned a lesson I'll never forget. Thank you, Michael. Scott
★★★★★
Mike stuck with my case for 3.5 years and always kept me informed regarding the status. Ultimately, because of his due diligence, we ended up with an OUI not guilty verdict. This case could have gone many ways but his thorough review of the case and exceptional preparedness for trial ultimately drove a positive outcome. Thank you Mike! David
★★★★★
Michael DelSignore did an amazing job with my case! Either him or his partner Julie was always available to answer any questions I had and helped walked me through the entire process. I could not have done it without them! I highly recommend choosing this law firm to deal with your legal needs, you will not be dissatisfied. Ashley
★★★★★
I cannot express the gratitude towards both Michael and Julie for their amazing work and help. It was a very stressful event and they certainly put me at as much ease as possible. From start to finish it took 14 months and all the way through they were both very engaged with me. Today was worth the wait, Michael was great in court and I was rightfully found not guilty. I would recommend Michael and Julie over and over again. Claire
View More
Submit a Law Firm Client Review