Will a Jury Know I Refused a Breathalyzer Test in a Massachusetts OUI Trial? 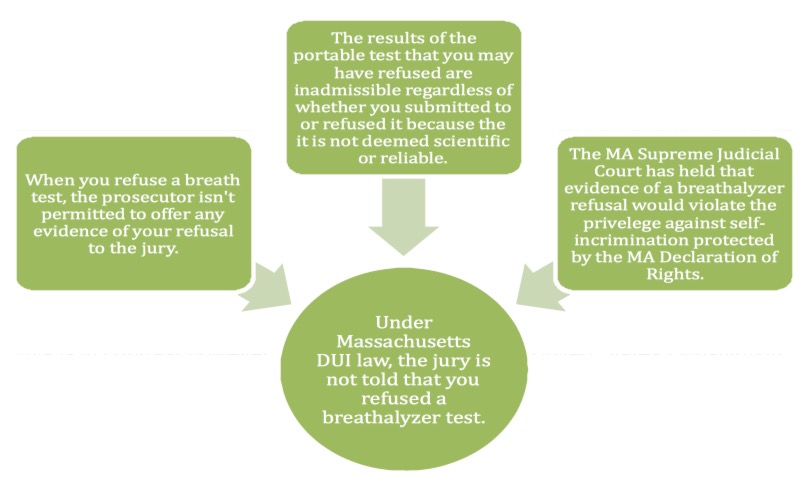 This is in contrast however to the interpretation of the United States Constitution where evidence of a refusal to submit to a breathalyzer test can be admitted under federal law.

The reason why a refusal to submit to a field sobriety test or a refusal to take a breathalyzer test is inadmissible is that it would violate your privilege against self-incrimination under Article 12 of the Massachusetts Constitution. The Massachusetts Supreme Court has interpreted the self-incrimination clause of our state constitution to prohibit this evidence in court. It is common to juries to ask whether an individual took a breathalyzer test in a Massachusetts OUI trial.

If you have questions about the evidence that will be presented in a Massachusetts OUI trial or about the Court Process when charged with an OUI, you can contact Attorney Delsignore through this website or by calling 508-455-4755 or 781-686-5924.