Attorney DelSignore gives a tour of his Westborough office location

Attorney DelSignore is a Westborough OUI lawyer and defends those charged with drunk driving, OUI/DUI in Westborough, Massachusetts.

Those charged with OUI out of the Westborough District court are likely to have video of their arrest. In most cases, this video will assist in your defense. Many police departments within the Westborough area use cruiser camera and booking videos. Benefits of video in an OUI arrest:

With video evidence, it is important for you to hire an OUI lawyer immediately to make a motion to preserve this evidence. While the police departments within the Westborough area will generally save these videos, they are under no obligation to do so if not under a court order.

Benefits of Video in an OUI Arrest
Recent Case Results

First offense OUI.Case heard in Westborough District Court. The officer claimed defendant failed 2 field sobriety tests, had odor of alcohol and had bloodshot, glassy eyes. Breath test which registered .14. Attorney DelSignore convinced the judge that the results were not reliable enough to convict the defendant of OUI under the per se prong. 6-29-17

2nd offense OUI out of the Westborough District Court, by the Northborough police and the case went to Worcester District Court for trial. Julie Gaudreau cross examined the officer to show the areas where the client did well on the field tests and to minimize any claims of erratic driving. Evidence of roadwork was presented to offset claims that the defendant crossed the double yellow lines. Her performance impressed the trial judge who called our office to praise her performance. The defendant was a lawyer and would have faced professional discipline if there was a conviction. 3-20-17

The Westborough District Court is located at 186 Oak Street and handles cases that originate in the following cities within Worcester County: 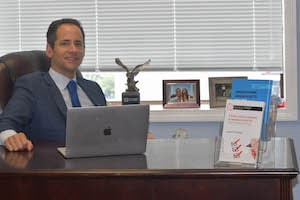 On your first court date in Westborough District Court, your case will be heard in the first session court room which is straight in front of you when you walk into the building. You will have to report to the probation department in the basement prior to your case being called in court. Typically, court starts at 9:00 am in the Westborough District Court; however, it is important to arrive early to ensure time to check in with probation.

Call Attorney DelSignore at 781-686-5924 to schedule a Free Consultation to discuss your Westborough case. 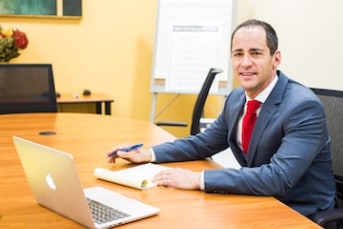 Attorney DelSignore is a Westborough DUI lawyer and Can explain the license consequences of a conviction, the court process and potential defenses to your case.

Alternatively, office appointments can also be made at one of Attorney DelSignore’s three other office locations.

Help DelSignore Law support a child's active lifestyle this summer! Children greatly benefit mentally and physically by engaging in outdoor activities. Nominate a child who you think will benefit from winning a brand new bike this summer. Visit our bikes for kids page to learn more.

In this case, our client was facing their second OUI charge. The officer alleged in the police report that the defendant was driving erratically after receiving a tip from an unknown source. Attorney DelSignore filed a motion to dismiss the case, arguing that the officer did not have reasonable suspicion to stop the vehicle. The prosecutor has the burden to establish that the tip was reliable which they were not able to successfully do. After a motion hearing, the judge determined the prosecutor did not meet their burden to prove this face which resulted in the case being dismissed.

Download a FREE copy
DUI Defense
Criminal Defense
Personal Injury and Accidents
Client Reviews
★★★★★
Michael was very professional and explained the process clearly and told us to be patient. After one year the charges got dismissed in the trial. Excellent knowledge of the court systems in the area of Boston. Would highly recommend him Ashwani
★★★★★
A careless decision on my part left me facing charges which would have severely hampered my ability to stay employed and support myself. But attorney DelSignore's skillful analysis and challenging of the evidence against me resulted in a conviction on a lesser charge. Now I'll be able to go on with my life, having learned a lesson I'll never forget. Thank you, Michael. Scott
★★★★★
Mike stuck with my case for 3.5 years and always kept me informed regarding the status. Ultimately, because of his due diligence, we ended up with an OUI not guilty verdict. This case could have gone many ways but his thorough review of the case and exceptional preparedness for trial ultimately drove a positive outcome. Thank you Mike! David
★★★★★
Michael DelSignore did an amazing job with my case! Either him or his partner Julie was always available to answer any questions I had and helped walked me through the entire process. I could not have done it without them! I highly recommend choosing this law firm to deal with your legal needs, you will not be dissatisfied. Ashley
★★★★★
I cannot express the gratitude towards both Michael and Julie for their amazing work and help. It was a very stressful event and they certainly put me at as much ease as possible. From start to finish it took 14 months and all the way through they were both very engaged with me. Today was worth the wait, Michael was great in court and I was rightfully found not guilty. I would recommend Michael and Julie over and over again. Claire
View More
Submit a Law Firm Client Review