Want to learn more about arrests out of the Stoughton Police Department?

With his main office within three minutes from the Stoughton District Court, Attorney DelSignore is very familiar with how cases are handled in that court from the 1st court date to the last.

What type of evidence will the police department have?

If you are arrested by the Stoughton police department, there may be a video of the booking process. These departments do not have high quality video, but it still can prove useful in defending your case. 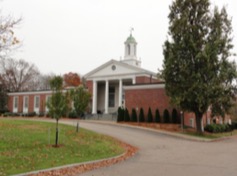 When charged with OUI, preparing your defense involves attacking the Commonwealth’s case in each of these areas to establish a basis for reasonable doubt. The goal in prepar- ing a defense is to structure the case so that in each area of the case there is a basis for the jury to conclude you were not under the influence of alcohol.

Stoughton DUI Lawyer Michael DelSignore regularly practices in the Stoughton District Court and has experience defending OUI cases throughout Massachusetts. Despite being local to the Stoughton area, Attorney DelSignore handles OUI cases on a daily basis and has appeared in most of the courts within the Commonwealth.

Attorney DelSignore can provide you with a free copy of these books, which are also for sale on Amazon.

It handles criminal matters in Stoughton and the surrounding area, including Avon, Canton, Sharon and Stoughton.

A client was found not guilty despite admitting to drinking a high number of beers and failing field sobriety tests. The client was arrested by the State Police on Route 24 and the case was heard by a Jury in the Dedham District Court, where the client was acquitted.

Our client was arrested by a State Trooper and charged with OUI out of the Stoughton District Court. The arrest was made after the police alleged the defendant was making marked lane violations, was slow to pull over, and had blood shot eyes and an odor of alcohol. At trial, the State Trooper alleged that our client admitted to drinking alcohol and failed a number of the field sobriety tests. Attorney Gaudreau, however, did an excellent job at highlighting the many things our client did right during his interaction with the police. A weather report was ordered to show that it was very cold out when the client was doing the roadside tests and therefore shouldn't have been expected to perform at such a high level. The client was found not guilty after trial!
-September 2019

Download a FREE copy
DUI Defense
Criminal Defense
Personal Injury and Accidents
Locations
Client Reviews
★★★★★
Michael was very professional and explained the process clearly and told us to be patient. After one year the charges got dismissed in the trial. Excellent knowledge of the court systems in the area of Boston. Would highly recommend him Ashwani
★★★★★
A careless decision on my part left me facing charges which would have severely hampered my ability to stay employed and support myself. But attorney DelSignore's skillful analysis and challenging of the evidence against me resulted in a conviction on a lesser charge. Now I'll be able to go on with my life, having learned a lesson I'll never forget. Thank you, Michael. Scott
★★★★★
Mike stuck with my case for 3.5 years and always kept me informed regarding the status. Ultimately, because of his due diligence, we ended up with an OUI not guilty verdict. This case could have gone many ways but his thorough review of the case and exceptional preparedness for trial ultimately drove a positive outcome. Thank you Mike! David
★★★★★
Michael DelSignore did an amazing job with my case! Either him or his partner Julie was always available to answer any questions I had and helped walked me through the entire process. I could not have done it without them! I highly recommend choosing this law firm to deal with your legal needs, you will not be dissatisfied. Ashley
★★★★★
I cannot express the gratitude towards both Michael and Julie for their amazing work and help. It was a very stressful event and they certainly put me at as much ease as possible. From start to finish it took 14 months and all the way through they were both very engaged with me. Today was worth the wait, Michael was great in court and I was rightfully found not guilty. I would recommend Michael and Julie over and over again. Claire
View More
Submit a Law Firm Client Review