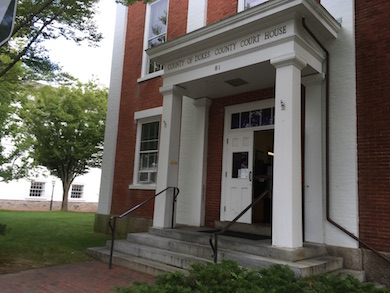 The Edgartown District Court is in the downtown section of Edgartown on Main Street. There are many hotels in the area if you are from out-of-state.

What happens if you are on vacation and are arrested for OUI on Martha’s Vineyard. You should consider fighting the case for a few reasons:

Since many who arrested have out-of-state licenses, let me explain the process for an out-of-state individual.

Will you get suspended in your Home State on these administrative suspensions:
Arrested for OUI while vacationing in Marthas Vineyard? Attorney DelSignore explains what you can expect.

On the six month refusal suspension, many States will not receive notification of this suspension and some do not impose suspensions on the breath test refusal.

What happens if you are convicted of the OUI Offense?

While many States will not suspend on the initial administrative suspension, if you are convicted of OUI or accept a CWOF, known as a Continuance without a Finding, you are likely to face a suspension in your home State. Your home State could have more stringent drunk driving penalties, meaning that you could face a longer license loss than in Massachusetts and may also have to install the ignition interlock device as many States require the ignition interlock for anyone with even a first offense OUI conviction.

What Court will Hear your Case? 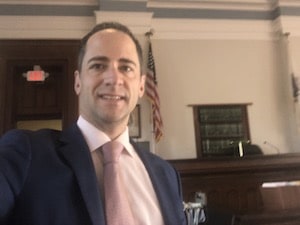 Drunk Driving arrests on Martha’s Vineyard are heard in the Edgartown District Court located at 81 Main Street, Edgartown. Court is not held daily but on Monday, Thursday and Friday. The main session Court room is upstairs, immediately when you walk into the Court.

Here are a few reasons why you should hire a lawyer and consider contesting an OUI charge.

If you have questions about what to do after being arrested for OUI on Martha’s Vineyard, feel free to call Attorney DelSignore at 781-686-5924.