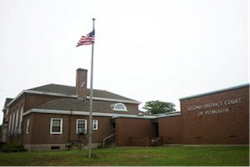 Being arrested for OUI in Hingham, can be highly misleading and suggestive of guilt. You have been stopped, questioned, arrested, accused, fingerprinted, restrained and directed by the police through each step in the OUI process.

What if someone call 911 to report your driving

Often, an OUI charge will start with a citizen calling 911 to report another driver's erratic driving. A police officer cannot automatically pull someone over based on a 911 call. The district attorney must show if there was a motion to suppress challenging the stop that the police did not verify the call or have enough information to justify making a stop.

The Hingham Court handles cases from OUI arrests made in the towns of:

If you have been charged with an OUI in Norwell, which is located in Plymouth County, you need to contact a Norwell DUI attorney that is experienced and specializes in handling Massachusetts DUI Cases.

Where are Norwell OUI arrests heard?

What happens at when you schedule an office appointment?