In addition of having a track record of success in the Fall River District Court, Attorney DelSignore has regularly practiced before many of the judges that will hear your case and has handled cases involving the police departments that made your arrest.

Will my Arrest be on Video?

One thing to keep in mind is that State Police Dartmouth Barracks, Fall River, Swansea and Freetown police departments will have a booking video of your arrest, so it is important to have an OUI lawyer file a motion to preserve this evidence. Attorney DelSignore has not scene any cruiser video from any department in Fall River, but this could change as police departments are starting to add cruiser video. As a Fall River OUI lawyer, I would prefer having booking video over the cruiser video as the booking video is generally more helpful from a defense perspective because it can help challenge the admissibility of breath test results.

Attorney DelSignore has had cases dismissed when police departments fail to preserve video evidence in Fall River District Court and has also been able to use this failure to keep a video as evidence that you were not under the influence at trial when the video is not kept. Most people do not look drunk on police booking videos so it is a piece of evidence that Attorney DelSignore routinely review and use at trial.

Attorney DelSignore can review the license implications of a drunk driving charge so you understand all potential license suspensions.

Is this your first time at the Fall River District Court?

If you were arrested in any of the following towns, your case will be brought to the Fall River District Court: 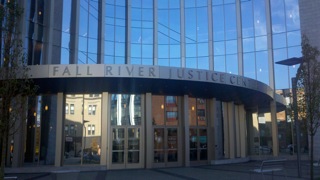 In this case, our client was arrested for OUI due to alleged slurred speech, lack of balance, and failed field sobriety tests. However, the officer never asked the defendant if he had anything to drink and how much he had consumed. At trial, Attorney DelSignore highlighted this fact and used the booking video to show that the defendant performed well on the tests given the circumstances. After trial, the defendant was found not guilty of both charges pending against him- OUI and negligent operation.

Other case results include: