WHAT IF THE “VICTIM” WANTS TO DROP THE CASE

This is the most frequently asked question we hear from people charged with domestic assault and battery. Domestic assault and battery arrests often occur after a heated argument at home. Often by the time you are arraigned the “victim” does not want to proceed any further with the case. However, it is important for you to understand that once the police are involved and an arrest is made, the victim is no longer in control of the charges. The Dedham District Attorney’s office will typically not dismiss the case just because the victim wants to “drop the charges”. The District Attorney’s office takes these charges seriously and you are facing strict penalties. There are however a variety of defenses an experienced domestic assault and battery attorney can employ to help you fight these charges. 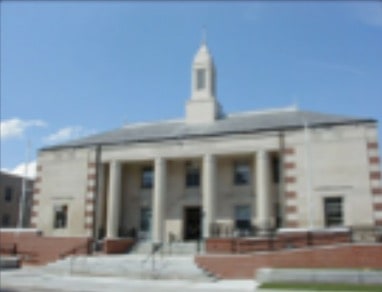 WHAT ARE SOME DEFENSES TO DOMESTIC ASSAULT AND BATTERY CHARGES?

The attorneys at DelSignore Law have been very successful in defending clients charged with domestic assault and battery. There are several defenses in these types of cases. The defenses will vary based on whether the alleged victim is going to testify. If the alleged victim is expected to testify an experienced domestic assault and battery attorney will examine the facts in your case to determine if any of the following defenses apply in your case:

If the alleged victim does not wish to testify at trial the court will need to evaluate whether the District Attorney’s office will be allowed to compel or force them to testify. There are certain circumstances where an alleged victim has aright NOT to testify.

In Dedham District Court, these privileges are usually only allowed to be invoked on the trial date.

In cases where the alleged victim has a privilege and does not want to testify, the case will come down to other evidence in the case, including 911 calls or witness testimony. If the Commonwealth does not have these types of independent evidence, your attorney may be able to argue to the court that the charges should be dismissed on the trial date.

WHAT ARE THE POSSIBLE PENALTIES?

This is another question clients typically ask. The maximum penalty for a domestic assault and battery is imprisonment in the house of correction for not more than 21/2 years or by a fine of not more than $5,000, or both such fine and imprisonment. Jail time on a case where you don’t have a significant prior record and where there are not serious injuries is unlikely but is a possibility.

A more likely disposition for a conviction on a first offense without serious injury is probation and an anger management or certified batterers program. This is not to be taken lightly. The certified batterers program is very expensive and time consuming. This is why it is so important to have an experienced defense attorney review your case and discuss possible defenses with you.

HOW LONG DOES A DOMESTIC ASSAULT AND BATTERY TAKE TO RESOLVE IN THE DEDHAM DISTRICT COURT?

The time it takes to resolve a domestic assault and battery in Dedham is dependent on your specific case. However, in most instances, the attorneys at DelSignore Law will be able to resolve your case in three to four months. If we have reason to believe the alleged victim does not want to proceed with the case we will try to schedule the case for trial as soon as possible, so you can get back to your life without the added stress of a criminal case.

SCHEDULE AN APPOINTMENT TODAY TO DISCUSS YOUR CASE