Being charged with an OUI in the Boston can feel overwhelming. The Boston court system is broken up into municipal courthouses throughout the city. For most of our clients charged with OUIs this will be the first time they are appearing in court. We understand how scary it can be to face this process. The attorneys at DelSignore law have extensive experience in representing clients in OUI charges across Massachusetts and have appeared in the Boston Municipal Courts many times. We are committed to providing our clients with the best defense possible and to help them navigate this daunting process. We have created this page to give you some insight on how your OUI will proceed in the Boston Municipal Court.

DELSIGNORE LAW WINS IN THE BOSTON

The attorneys at DelSignore Law are dedicated to presenting your case in the best light possible. We take pride in being able to effectively tell our client’s stories. Check out some of our Boston Court wins. You can find more under our reviews tab.

Not Guilty First Offense OUI Boston Municipal Court Jury Trial In this case, the client was charged with a first offense OUI out of the Boston Municipal Court. The client was alleged to have been speeding, had difficulty with balance on the field sobriety tests and getting out of the car. At trial, Attorney DelSignore was able to have the officer concede that the client did very well on the nine step walk and turn and showed the jury the things that the client did correct to rebut the officer's opinion that he was under the influence of alcohol. After a Jury trial, the jury returned a verdict of NOT GUILTY within 10 minutes.

OUI - Not Guilty Bench Trial- Boston Municipal Court – State police were dispatched to route 93 in Boston for a report of an erratic operator. When police arrived, they observed client cross over the lines five times prior to being pulled over. Once the client was pulled over state troopers indicated they smelled a strong odor of an alcoholic beverage coming from the client and that her speech was slurred. The troopers asked the client to exit the car and stated that the client stumbled as she walked. The troopers asked the client to perform a series of field sobriety tests. On the field sobriety tests the troopers stated that the client was unable to maintain balance and that the client was unable to recite the alphabet. At trial Attorney DelSignore was able to show that there were many factors impacting the client’s ability to perform the tests that evening, including the weather, anxiety and exhaustion. Additionally, he was able to show numerous instances where the client responded promptly and appropriately which was inconsistent with someone under the influence of alcohol. After bench trial the client was found NOT GUILTY.

WHAT ARE THE DEFENSES TO A BOSTON OUI CHARGE?

There are a number of defenses an experienced Boston OUI defense attorney can employ to help you fight your charges. OUIs are unique in that they are charges of opinion, meaning an officer makes an arrest based on their opinion: they believed you looked unsteady or that your speech appeared slurred. At the time of your arrest the officer doesn’t have the bigger picture, they don’t know your medical history or what you did that day leading up to your arrest. They often don’t understand how stressful and nerve-wracking being pulled over by a police officer is and how that can contribute to a person’s behavior. An OUI attorney will be able to show these things through cross examination and additional evidence. Some ways we do this include:

Many Boston area police departments have booking video capability. This means there may be video evidence showing you on the date of your arrest when you were booked at the police station. In most instances this video will be helpful evidence for trial. Typically, after a person has been removed from the stressful situation of performing balancing tests on the side of the road, they appear to have good balance and are able to communicate clearly. The attorneys at DelSignore Law have used booking video evidence in a number of Boston OUI trials to show that a client’s good balance and clear speech during booking is inconsistent with someone who is under the influence of alcohol. Booking videos can be key pieces of evidence for the defense. It is important to know that many police stations have retention policies that allow for deletion of videos after a certain period of time. The attorneys at DelSignore Law are vigilant about filing motions to preserve so that you do not lose evidence that could help you win your case.

If a Boston area police officer has reason to believe that you have consumed alcohol prior to driving they will ask you to perform field sobriety tests. Unfortunately, a lot of people believe that if the police report says you failed the sobriety tests you should take a plea. THIS IS NOT TRUE. These tests can be difficult to perform whether or not someone is intoxicated, especially in a situation where a person is pulled over by a police officer and they are under an enormous amount of stress. There are a number of ways to attack the field sobriety tests at trial including:

There are a number of other ways to explain a person’s performance on the field sobriety tests. A “failure” on the test alone should not dissuade you from taking the case to trial.

Many people believe that if you have failed the breath test you should take a plea. This is not always true. There are many ways an experienced OUI attorney can address a failed breath test. There may be legal grounds to file a motion to suppress the result of the test at trial. There may also be scientific/medical reasons for a false failure that can be addressed by a defense expert. An experienced OUI attorney will be able to assess your case to see if you have a defense to a failed breath test.

SHOULD I TAKE MY CASE TO TRIAL?

This is a very fact specific question. The answer depends on a number of factors, however, in the vast majority of Boston OUI cases you SHOULD take the case to trial. These cases are very defensible and there are a number of ways for an experienced Boston OUI attorney to show that you were not operating under the influence. There is often very little value to resolving on OUI by plea as the penalties for a guilty after trial are almost identical. In most instances an experienced OUI attorney will advise you to take your OUI to trial. 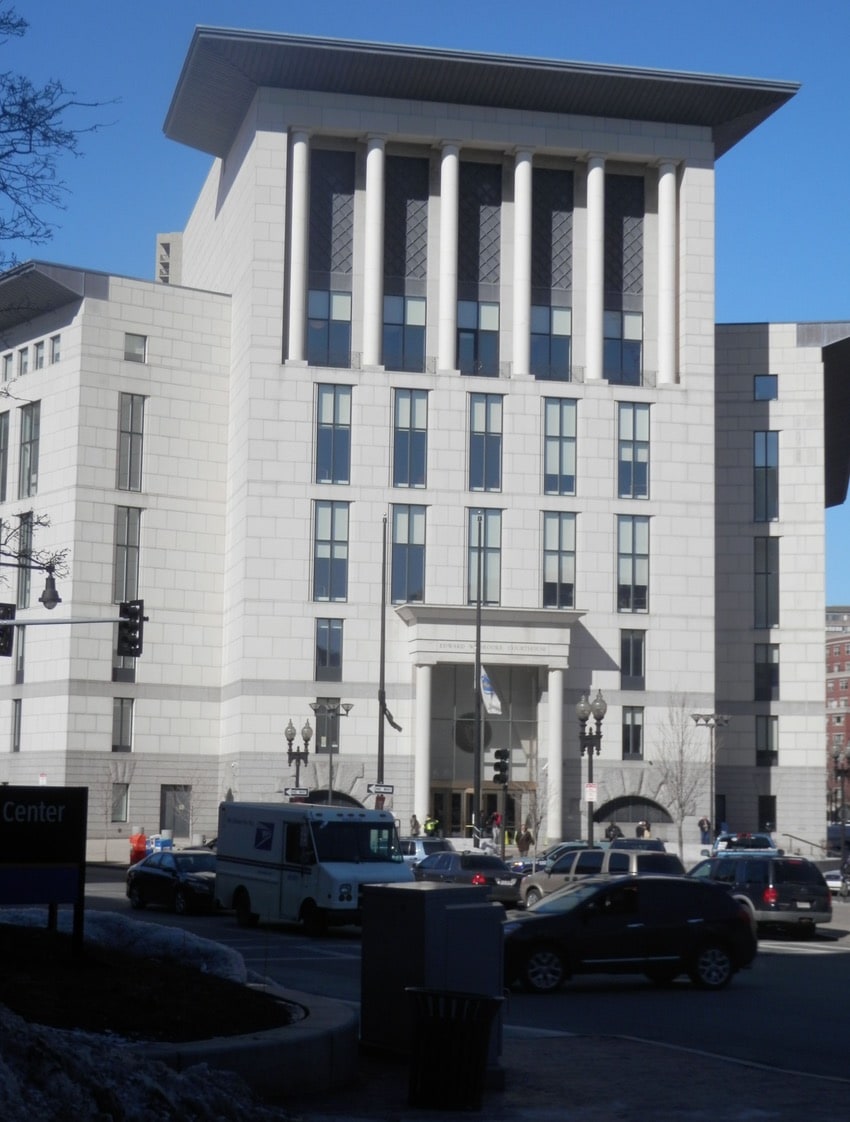 If your OUI charge arise out of an incident that occurred in Hyde Park, Jamaica Plain, Roslindale, West Roxbury, parts of Mattapan, and parts of Mission Hill your case will be heard at the West Roxbury Division located at 445 Arborway, Jamaica Plain.

If your OUI charge arise out of an incident that occurred in Roxbury your case will be heard at the Roxbury Division courthouse located at 85 Warren St., Roxbury, MA 02119.

If your OUI charge arise out of an incident that occurred in East Boston and Winthrop, as well as Logan Airport, and the Sumner and Callahan Tunnels your case will be heard at the East Boston Division. The court is located at 37 Meridian Street, East Boston, Massachusetts, 02128.

If your OUI charge arise out of an incident that occurred in Dorchester your case will be heard at the Dorchester Division. The court is located at 510 Washington St., Dorchester, MA 02124.

If your OUI charge arise out of an incident that occurred Charlestown your case will be heard at the Charlestown Division courthouse located at 3 City Square, Charlestown, MA 02129.

If your OUI charge arise out of an incident in Brighton or Allston your case would typically be heard in the Brighton Division Courthouse located at 52 Academy Hill Rd., Brighton, MA 02135. However, as a result of ongoing renovations all matters are currently being held in the Brookline District Court located at 360 Washington St., Brookline, MA 02445.

This website was designed to answer your questions so that you can make an informed decision on the next step for your case. Although the pages on this website will give you an idea of what to expect, they are not specific to your particular case and it is important that you consult with an attorney to discuss your Boston OUI. Contact us today at 781-686-5924 for your free initial consultation.