What to expect when facing an OUI charge in Mansfield? 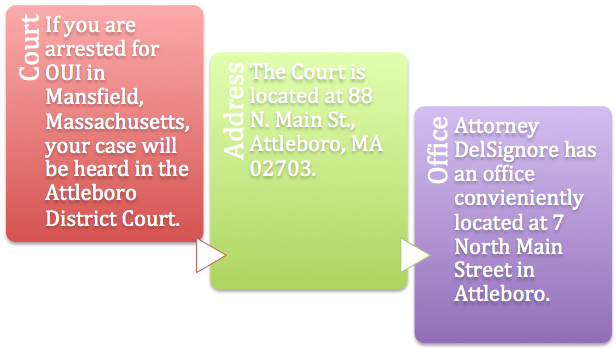 Unlike many police departments within Bristol County, the Mansfield Police Department has a cruiser camera meaning that there may be a video of how you performed on the field sobriety tests. This video is often helpful because it shows the exact conditions under which field sobriety tests were performed. Even an honest officer, may not understand or appreciate how what is occurring around you may have impacted your performance on these tests. In some police video, I have seen officers distracting the individual taking a field sobriety tests, providing improper instructions and have seen officers appear to have difficult performing the test. Often a case can be made that what the officer claims is being unsteady is no different from how the officer performed the exercise during the instructions.

An officer will write a police report often an hour after the arrest. Many officers do not take notes. The police report is an attempt to justify the arrest. Claiming of bloodshot and glassy eyes, and slurred speech are in almost every report. The video is an opportunity to show that the officer is overstating his observations and provides a way to discredit the officer’s testimony.

If you were arrested at a Roadblock, you may be confused. Luckily, we have the information you need.

Give Attorney DelSignore a call at (508) 455-4755 at any time of day. In addition to his office in Attleboro, he has several offices located throughout the state, including Dedham and Stoughton. Inquire about where you can meet him and what to do for your case.

Download a FREE copy
DUI Defense
Criminal Defense
Personal Injury and Accidents
Locations
Client Reviews
★★★★★
Michael was very professional and explained the process clearly and told us to be patient. After one year the charges got dismissed in the trial. Excellent knowledge of the court systems in the area of Boston. Would highly recommend him Ashwani
★★★★★
A careless decision on my part left me facing charges which would have severely hampered my ability to stay employed and support myself. But attorney DelSignore's skillful analysis and challenging of the evidence against me resulted in a conviction on a lesser charge. Now I'll be able to go on with my life, having learned a lesson I'll never forget. Thank you, Michael. Scott
★★★★★
Mike stuck with my case for 3.5 years and always kept me informed regarding the status. Ultimately, because of his due diligence, we ended up with an OUI not guilty verdict. This case could have gone many ways but his thorough review of the case and exceptional preparedness for trial ultimately drove a positive outcome. Thank you Mike! David
★★★★★
Michael DelSignore did an amazing job with my case! Either him or his partner Julie was always available to answer any questions I had and helped walked me through the entire process. I could not have done it without them! I highly recommend choosing this law firm to deal with your legal needs, you will not be dissatisfied. Ashley
★★★★★
I cannot express the gratitude towards both Michael and Julie for their amazing work and help. It was a very stressful event and they certainly put me at as much ease as possible. From start to finish it took 14 months and all the way through they were both very engaged with me. Today was worth the wait, Michael was great in court and I was rightfully found not guilty. I would recommend Michael and Julie over and over again. Claire
View More
Submit a Law Firm Client Review