First offense Massachusetts OUI charges are the most common type of drunk driving case in the Attleboro District Court. First–time DUI charges often make strong cases and a not guilty verdict is possible at trial. 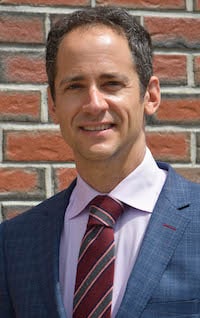 In this case, the client was stopped by police after allegedly speeding, and subsequently failed three of the field sobriety tests and allegedly told the officer that she had 4.5 mixed drinks. Attorney DelSignore had the client’ sister testify at trial about how many drinks were consumed; the client was adamant she only consumed three drinks and her sister supported this saying she did not believe she was intoxicated. After a jury trial, my client was found not guilty.

In this case, the police found my client sleeping behind the wheel of his vehicle in a parking lot with his keys in the ignition. The police subsequently charged the client with OUI after speaking with him and having him perform field sobriety tests. At trial, we emphasized that the client was not drunk but rather tired and that the client was not driving and was actually being responsible by taking the time to rest before heading home. The client was ultimately found not guilty after a jury trial and avoided all further license loss associated with the charge. 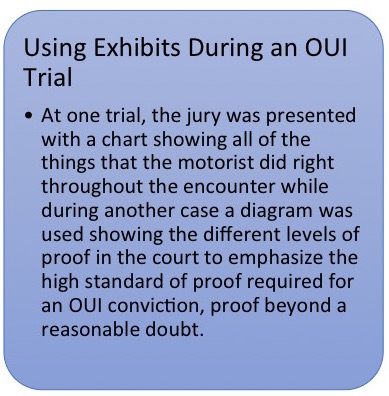 As an Attleboro drunk driving defense lawyer, Attorney DelSignore can work on your behalf to prepare your case for trial in order to obtain a not guilty verdict on your OUI charge. Attorney DelSignore understands how officers are required to administer field sobriety tests and can use that knowledge to help discredit the officer's opinion that you failed these tests.

When you come in for an office appointment, he will explain these methods and show you exhibits used at trial to explain to a jury the flaws with field sobriety testing.

Location of the Attleboro District Court:

The Attleboro District Court is located at 88 North Main Street, Attleboro, Massachusetts. When you enter the Court, the First Session court room is where all arraignments and pretrial hearings are heard.

WHAT CAN I EXPECT AT MY COURT DATE IN ATTLEBORO?

Examples of some of the DelSignore Law exhibits we use at trial: 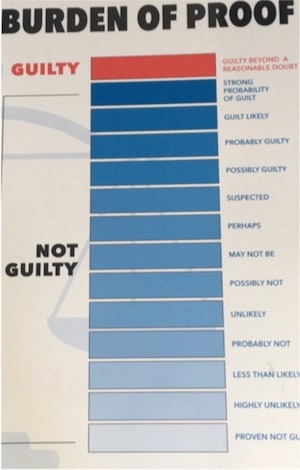 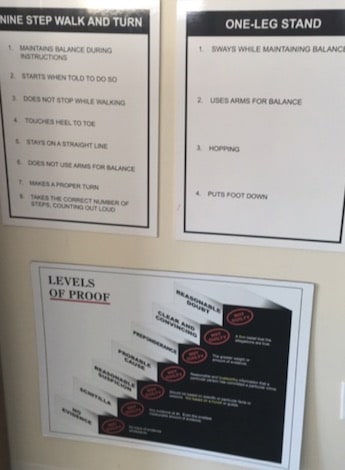 You can call Attorney DelSignore at 781-686-5924 or 508-455-4755 to arrange for an office appointment free of charge. Conveniently located, DelSignore Law is just minutes away from the court house:

Help a child get outdoors and enjoy the summer! DelSignore Law is promoting healthy, active lifestyles for kids in the Attleboro and Westborough area with our Bikes for Kids Giveaway. You can nominate a child by visiting our giveaway page.

In this case, my client contacted me after being arrested by the North Attleboro Police for allegedly driving twice the speed limit. The officer also alleged that the defendant smelled of alcohol and had slurred speech during his contact with him. At trial, Attorney DelSignore highlighted that the client likely performed poorly on the alphabet test because english is not his first language. After trial, our client was found not guilty!
-August 2019

In this case, our client was pulled over by the Norton Police and the case was heard in the Attleboro District Court. The officer noted that the client had slurred speech and was very slow to respond during their initial contact. In his police report, the officer made no mention of the clients driving and did not say that the client made any sort of driving violation. This was a key factor in my client being found not guilty as the police need reasonable suspicion to stop a motorist.
-April 2019