× Close Video
Client Reviews over 190 reviews Our Results See Our Cases Results
Request a Free Consultation
Free Consultation. Call or Text 24/7 (781) 686-5924
Home
Criminal Defense
Why did the Officer Make Me say the Alphabet Backwards After Being Arrested for DUI in Massachusetts?

Why did the Officer Make Me say the Alphabet Backwards After Being Arrested for DUI in Massachusetts?

If you find yourself in a situation where you are pulled over by a police officer after a night of drinking, it is likely the officer will instruct you to perform field sobriety tests as a way to determine if you are in fact intoxicated.

Reciting the ABC’s is a commonly used method, and many people believe that, if pulled over, they will be required to recite the ABC’s backward. While the ABC test is a real sobriety test that officers can utilize to determine a persons blood alcohol concentration, it is highly unlikely you will be required to recite the alphabet backwards; backwards-recital of the ABC’s is more of a myth than a reality for most.

The National Traffic Safety Administration, sometimes referred to as NHTSA, states that the only field sobriety tests that are supported by research are the: 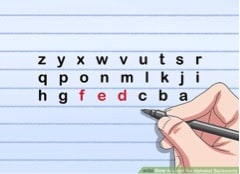 Contact Attorney DelSignore today if you would like to discuss any field sobriety tests you may have taken after being stopped by a police officer. Often times, there are small mistakes officers make that allow the evidence to be inadmissible at court. To read more about the field sobriety tests endorsed by the NHTSA, click here.