The recent deadly motorcycle crash in New Hampshire has brought light to the issue of whether the defendants CDL license should have been active at the time of the incident. In 2013 the defendant, Volodymyr Zhukovskyy, received an immediate threat license suspension after being arrested and charged with OUI. He was placed on probation for one year and had his license suspended in 2014 for a total of 210 days. Last month the defendant was arrested in Connecticut on a second offense OUI after failing a field sobriety test and was also involved in an 18-wheeler roll-over crash as recent as last week.

Zhukovskyy’s license remained inactive until May 2017, following his completion of a “youth alcohol program suspension”. Zhukovskyy’s second OUI arrest last month should have been sufficient to suspend his CDL license. However, the issue remains whether or not the Registry of Motor Vehicles was aware of the arrest or if the information slipped through a loophole. Many Massachusetts residents are becoming increasingly concerned that there may be other people like Zhukovskyy that are on the roads but should not be. When Zhukovskyy was arrested and brought to the police station following his OUI second arrest, he refused a breathalyzer test which should have resulted in the automatic termination of his CDL license. 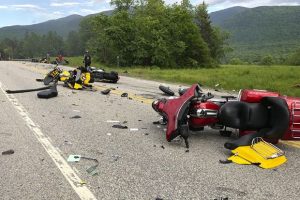 Image from the scene of the accident in Randolph, New Hampshire.

Massachusetts Department of Transportation has claimed the issues lies in the inter-state reporting system, arguing that Connecticut failed to provide adequate information through the federal licensing system. This failure in reporting, Massachusetts says, resulted in the delay of the license suspension. Connecticut Department of Motor Vehicles reported that they, in fact, sent a manual communication which was subsequently ignored by MassDOT. The Massachusetts RMV was required to manually review the issue in their system which they failed to do, therefore delaying the suspension. You can read more about the license issues in this case on the Boston Globe here.

His second OUI offense is currently pending in Connecticut with a scheduled arraignment day of June 27, 2019. The original arraignment was scheduled for May 20, 2019, but had to be postponed due to his attorney’s schedule.

Seven people, including two Massachusetts residents, are dead following the accident. There are a few others who were injured and taken to a local hospital. The defendant is currently facing seven counts of negligent homicide for the New Hampshire crash. Boston Magazine reported on the case; you can read the full article here. 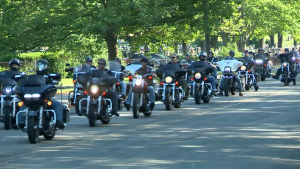 A vigil was held in Whitman, MA, on Tuesday evening to honor the victims that were killed & injured in the tragic accident.

If you have a question about a criminal case or are facing an immediate threat license suspension, it is imperative that you consult with a DelSignore Law attorney today. For a fast response, text 781-686-5924 and include your full name in the text. Feel free to visit our website to learn more about the criminal court process and immediate threat license suspensions.