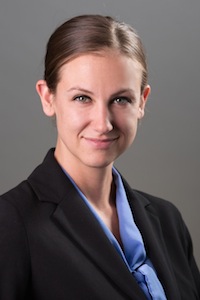 Attorney Julie Gaudreau is an associate attorney at DelSignore Law. She has worked at the firm for a number of years.

Read what some of our clients have to say about Attorney Gaudreau:

“I hired DelSignore Law to help represent me in the district court after being charged with OUI. Either Attorney DelSignore or Attorney Gaudreau were always available to answer any questions I had and helped walk me through the process. I could not have done it without all of their help and support. I highly recommend choosing this law firm to deal with your legal needs, you will not be dissatisfied!”

“What an amazing law firm- worth EVERY dollar!”

“I cannot express enough gratitude towards both Michael and Julie for their amazing work and help. Going through the court process was a very stressful event and they made every effort possible to put my mind at ease. From start to finish, my case took 14 months; after trial, I was rightfully found not guilty thanks to all of their help. I would recommend Michael and Julie over and over again!”

Attorney Julie Gaudreau attended Curry College in Milton where she received a Bachelor’s of science in Criminal Justice. From there, she went on to Suffolk University Law School in Boston.

While studying law at Suffolk, she received the award for Distinguished Oral Advocate and was on the Dean’s list each semester.

Julie has lived in Plymouth, Massachusetts for over 20 years. In her downtime, she enjoys talking walks on Plymouth long beach, playing tennis, and playing softball. On the weekends, Julie and her son Brett enjoy visiting the local book store together.

Attorney Julie Gaudreau participates in the Diabetes walk in Boston every year for her son Brett. It is a cause she holds close to her heart and something she looks forward to participating in. All fundraising efforts from the walk is used for Type I diabetes research.

Client charged with OUI found NOT GUILTY in the Worcester Court

In this case, the Massachusetts State Police alleged that the client had slurred speech, glassy eyes, and took a breath test that yielded a result of .08. At trial, Attorney Gaudreau argued that the breath test results were not accurate enough to conclude that the defendant was over the legal limit given the margin of error of the machine itself. After trial, the client was found not guilty.

In this case, the Hudson police alleged the client made marked lane violations, and arrested the defendant for OUI after allegedly failing a number of field sobriety tests. Attorney Gaudreau was able to file motions prior to trial which ultimately had the breath test (a breath test result of .12) excluded from evidence. At trial, Attorney Gaudreau contested the officer’s opinion that the defendant was impaired and created a conflict in the testimony of the officers presented as witnesses. After a jury trial, the defendant was found not guilty!

Attorney Gaudreau offers free, over the phone, confidential consultations. She would be happy to discuss your case with you today. Contact Julie today.

Contact Us
Search
DUI Defense
Criminal Defense
Personal Injury and Accidents
Client Reviews
★★★★★
Michael was very professional and explained the process clearly and told us to be patient. After one year the charges got dismissed in the trial. Excellent knowledge of the court systems in the area of Boston. Would highly recommend him Ashwani
★★★★★
A careless decision on my part left me facing charges which would have severely hampered my ability to stay employed and support myself. But attorney DelSignore's skillful analysis and challenging of the evidence against me resulted in a conviction on a lesser charge. Now I'll be able to go on with my life, having learned a lesson I'll never forget. Thank you, Michael. Scott
★★★★★
Mike stuck with my case for 3.5 years and always kept me informed regarding the status. Ultimately, because of his due diligence, we ended up with an OUI not guilty verdict. This case could have gone many ways but his thorough review of the case and exceptional preparedness for trial ultimately drove a positive outcome. Thank you Mike! David
★★★★★
Michael DelSignore did an amazing job with my case! Either him or his partner Julie was always available to answer any questions I had and helped walked me through the entire process. I could not have done it without them! I highly recommend choosing this law firm to deal with your legal needs, you will not be dissatisfied. Ashley
★★★★★
I cannot express the gratitude towards both Michael and Julie for their amazing work and help. It was a very stressful event and they certainly put me at as much ease as possible. From start to finish it took 14 months and all the way through they were both very engaged with me. Today was worth the wait, Michael was great in court and I was rightfully found not guilty. I would recommend Michael and Julie over and over again. Claire
View More
Submit a Law Firm Client Review